For violin and viola

BUY SCORE (for violin and violoncello) 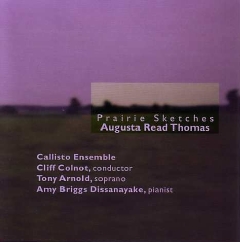 This work is available on Prairie Sketches.

My favorite moment in any piece of music is the moment of maximum risk and striving.  Whether the venture is tiny or large, loud or soft, fragile or strong, passionate, erratic, ordinary or eccentric...! Maybe another way to say this is the moment of exquisite humanity and raw soul.  All art that I cherish has an element of love and recklessness and desperation.  I like music that is alive and jumps off the page and out of the instrument as if something big is at stake.

When I read this beautiful poem by Rumi, written 900 years ago, all of it but especially the last 3 lines

resonated deeply inside of me.  I felt deeply compelled to set it as a song without words, trying to capture its intensely personal, fiery, honest meaning.

I was thrilled and honored to receive a commission from the Arizona Friends of Chamber Music  which provided me a much cherished and fantastic opportunity to compose Rumi Settings which Ani and Ida Kavafian premiered in March 2002 in Tucson.

The work has a total duration 9 minutes and is made up of 4 short movements that can be played attacca or with short pauses between them.

Each of the movements adheres to the meaning, perfume, and essence of the stunning Rumi text.  Throughout the score, each line of the text is written above the music, corresponding to the moment when the DUO is depicting that particular line of the poem, thus the musicians know the connotation and nuance of the composition.

It would take far too long to describe each line of text and their corresponding musical adventures.  So allow me to modestly offer six brief examples of this procedure.

The music starts with a passionate, dramatic, cadenza like surge in the solo violin, played with the whole soul engaged and as if it does not matter if the instrument breaks (not literally) until the Viola soon enters, supporting and propelling the music forward onto a Kaleidoscopic journey.  A climax ensues before the music relaxes "We have fallen into the place where everything is music" settling on a calm open fifth.

In Movement II you will hear notes rising into the atmosphere as the two soloists arpeggiate ascending chords with double stops.  Suddenly, "the whole world's harp" rushes forward in full motion with Pizzicatti until later the movement ends, in a distant, still calm, such that we can discern, "there will still be hidden instruments playing."

Movement III is extremely graceful and tuneful, like a pearl from the ocean floor...

Rumi Settings is dedicated with admiration and gratitude to Ani and Ida Kavafian and the Arizona Friends of Chamber Music.

Don't worry about saving these songs!
And if one of our instruments breaks,
it doesn't matter.

We have fallen into the place
where everything is music.

The strumming and the flute notes
rise into the atmosphere,
and even if the whole world's harp
should burn up, there will still be
hidden instruments playing.

So the candle flickers and goes out.
We have a piece of flint, and a spark.

This singing art is sea foam.
The graceful movements come from a pearl
somewhere in the ocean floor.

Poems reach up like spindrift and the edge
of driftwood along the beach, wanting!

They derive
from a slow and powerful root
that we can't see.