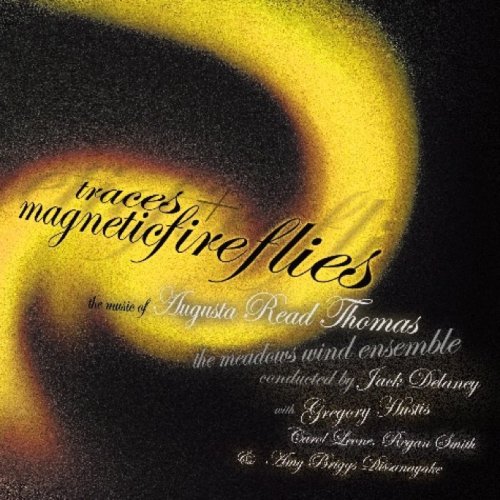 This work is available on
Traces and Magneticfireflies premiere recordings 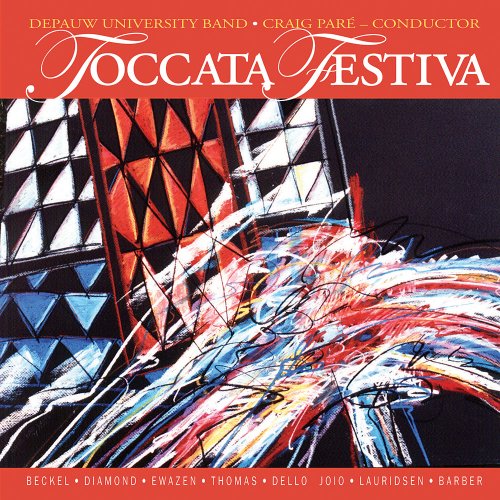 This work is available on Toccata Festiva

On March 21, 2002, the Williamsville (NY) East, North, and South High School Wind Ensembles will perform a premiere of Magneticfireflies by the internationally acclaimed composer, Augusta Read Thomas.  Currently on the composition faculty at Northwestern University, the former Eastman School of Music professor also holds the post of Composer-In-Residence with the Chicago Symphony Orchestra.  Her new work for wind ensemble will be one of her first for this medium in her brilliant career, which includes other recent commissions from the Pittsburgh Symphony, the Los Angeles Philharmonic, the Cleveland Orchestra, and the Berlin Philharmonic, as well as the Grammy Award winning vocal ensemble, Chanticleer.

In the spring of 1999, Williamsville directors Matthew S. Cool, Geoffrey Richter, Stephen Shewan, and district music coordinator Gary Stith, launched this commissioning project which is remarkably innovative.  Their objective was to initiate an ongoing project in an effort to commission contemporary works for wind ensemble by some of most highly respected composers in the country who may be rather new to the medium.  They also sought to do this with no particular concern for the price tag!  To accomplish this final goal, they set out to create a national consortium of outstanding high school band/wind ensembles with the unique agreement that each member organization would be afforded the opportunity to perform the "premiere performance" of the new piece in THEIR OWN STATE or PROVINCE.

Thomas agreed to the terms of the commission project in the spring of 2000 and, shortly thereafter, Stith began contacting college, university, conservatory, and professional wind band conductors around the country seeking recommendations of exceptional high school wind ensemble programs in their particular region.  The high school directors were then contacted individually and invited to become involved in the project.  The initial objective was to create a consortium of 20-25 of the finest high school bands in the nation, but limited to one per state.

Other benefits to the directors involved in this unique project are that all consortium members have the phone numbers, mailing and e-mail addresses of one another so that they may share rehearsal strategies, corrections in the score and parts, and ideas as to the promotion and performance of the work.  They have all been afforded the opportunity to contact the composer directly and have been regularly kept abreast of the progress of the composition and the addition of new consortium members.  Early members of the consortium were also afforded the opportunity to offer opinions to the composer regarding instrumentation and difficulty of the individual parts.  In addition, Stephen Shewan in Williamsville is preparing a piano reduction of the new work to assist each consortium member with score study, Kurt Schmidt in Rio Rancho, New Mexico is penning a condensed score, Scott Porter in Conard, Connecticut has offered to compile a CD recording of many of the individual performances, and Gary Stith in Williamsville has penned a press release to be used as a model for the various statewide and national publications.

Composer Augusta Read Thomas describes Magneticfireflies as "very rhapsodic, lyrical, rich and majestic, but also quite playful."  In the score, she writes "One of the main intentions of this music is the juxtaposition between stark, bold, individual colors, such as a loud solo trumpet, Mahler style, with a completely blended timbre, Debussy style."

She is delighted with this project because it guarantees, at least, twenty-three performances of her new work in various locations around the continent within the first six months of its young life! As of this writing, she is planning to attend several of the performances, including a day of rehearsals, composition workshops, and a radio interview in Williamsville and the Buffalo, NY area.  That particular premiere will be conducted by guest conductor, Charles Peltz of the New England Conservatory of Music in Boston.

The charter members of the Williamsville Commissioning Consortium and the dates of their state-wide premieres of Thomas' Magneticfireflies for Band are as follows: